Jill Colvin Jones is Professor of English at Rollins College where she teaches courses that include American Literature, popular culture, and African-American Literature; also, Monsters, Mean Girls, and Breaking Bad.  Jones has published articles and chapters on Zora Neale Hurston, mystery novels, Harriet E. Wilson, Toni Morrison, Marjorie Kinnan Rawlings, James Weldon Johnson, Connie May Fowler, and Jerry Springer and the Puritans. She also pops off in the press from time to time, from The New York Times to the Orlando Sentinel, and you can find her on podcasts and local television stations giving her opinions on Hurston, Hemingway, hair products and Sarah Huckabee Sanders. 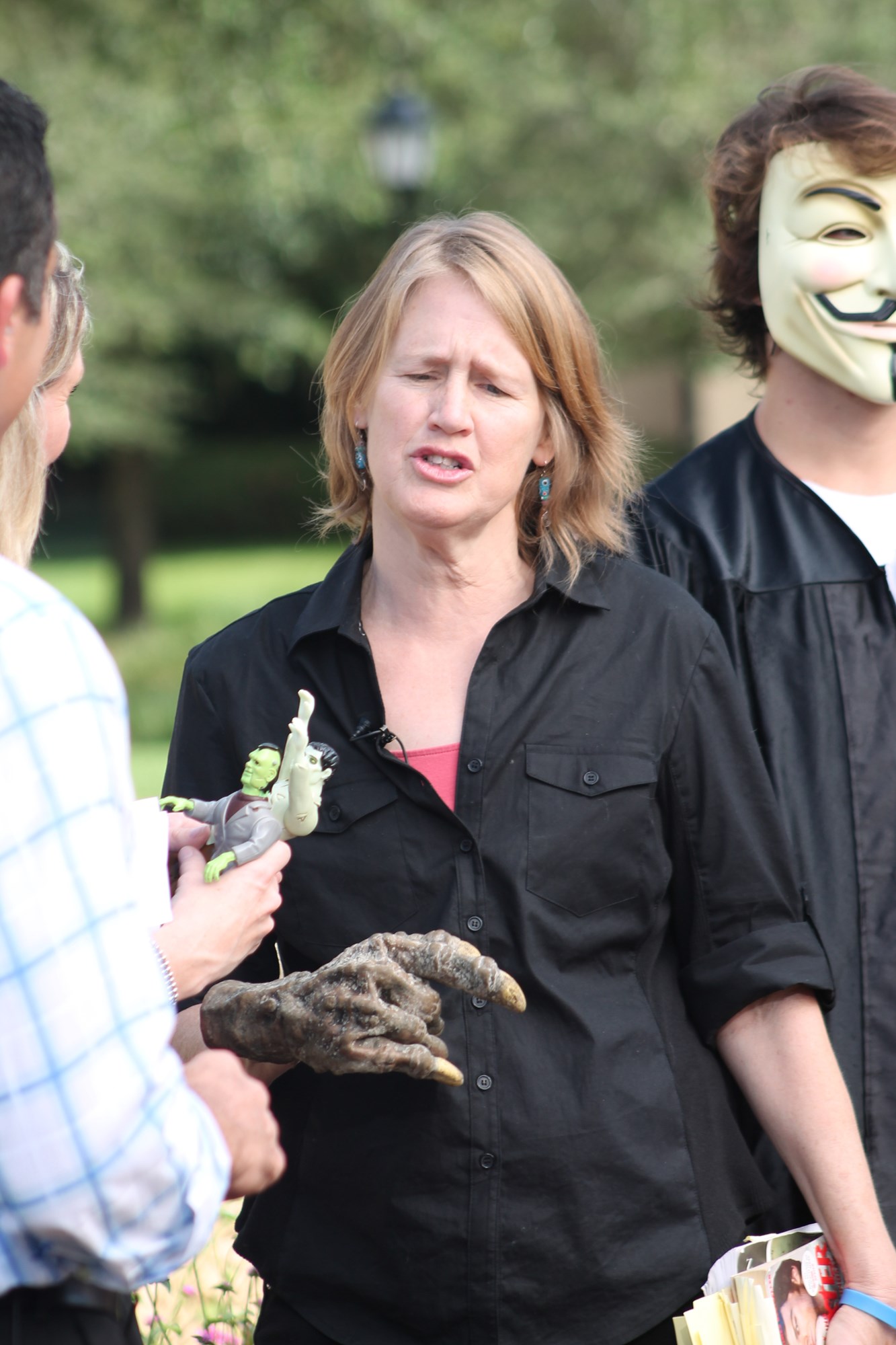 She was the editor of The Marjorie Kinnan Rawlings Journal of Florida Literature from 1999-2004.

Jones is endlessly nerdily fascinated by America: the promise, the politics, the dream, the Constitution, the literature, the pop culture, the television, the films.  She will engage all day about it.  Also please note her cool monster hand in the picture to the right.

Your browser is out-of-date!

You need to update your browser to view Foliotek correctly. Update my browser now